Exile Music: A Novel | A discussion with the author Jennifer Steil JRN’97

Posted by Stephen Elms on

Join Jennifer Steil JRN'97 as she discusses her new novel Exile Music. She'll share how it was inspired by the Jewish community of La Paz, Bolivia, where she lived for four years. Many of these Jews or their ancestors fled Europe in the 1930s to find sanctuary from the Nazis in Bolivia, one of only three countries still granting visas to Jews by 1938. Although her current home is in Tashkent, Uzbekistan, Jennifer and her 10-year-old daughter were recently evacuated to London, England. Much of her work thus far concerns people living far from home, either by choice or necessity, and explores themes of displacement, identity, and home. Although born in the United States, Jennifer has not lived in the country since 2006, when she left to take a job as a newspaper editor in Yemen. 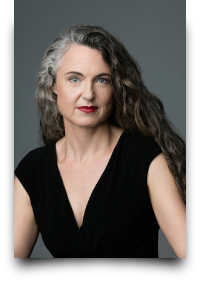 Based on an untold slice of World War II history, Exile Music is the captivating story of a family of Viennese Jewish musicians who flee the Nazis in Austria in 1939 to seek refuge in Bolivia, the only country that would let them in. There, they are confronted with new languages, cultures, and eventually, some of the Nazis they sought to escape. While Orly and her father use music to weave together their past and present lives, Orly’s mother abandons singing. She grows increasingly distant, harboring a secret that could put their entire family at risk again. When unexpected visitors arrive in their new homeland, they force Orly to choose where she ultimately belongs.

Between 10,000 and 20,000 Jewish refugees found their way to Bolivia during the war years, many of them artists and musicians. Very little has been written about this community. Jennifer Steil lived in Bolivia for four years, meeting some remaining survivors and their descendants. Their stories inspired her book, which Booklist in a starred review calls, “a beautiful coming-of-age tale… Moving, evocative, and well-researched, this is sure to linger inreaders’ minds long after the last page has been turned.”  In one recent review, the Pittsburgh Jewish Chronicle wrote, “In a sea of Holocaust literature, “Exile Music” stands out as wholly original and engaging.”