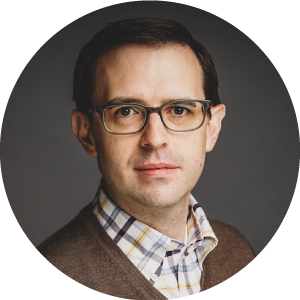 Stephen Elms (he/him) has built a diverse career in design and management over the last two decades. After amassing an impressive list of backstage production credits on Broadway, marketing and ad campaigns in New York City and London, Stephen has returned to academia working toward his PhD in Culture, Communication, and Media at University College London (UCL). His research is focused on new immersive technologies and their application in vocational training for the construction industry.

Before moving to London in 2015, Stephen worked as an independent creative consultant in brand strategy, management, and design with an emphasis on performing arts and entertainment organizations. Stephen has also worked for Blue Man Group, Disney Theatrical Productions and Serino/Coyne. He has managed client accounts that included Tony Award®-winning and nominated productions and institutions such as Lincoln Center Theater and The Metropolitan Opera.