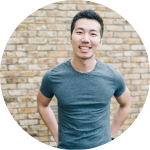 Han holds a M.S. in Management Science and Engineering from Columbia University. He relocated to London in August 2015 as an international manager at Tremor Video, a programmatic video advertising company, where he provides strategic and analytical solutions across teams.

Han holds an B.E. in Industrial Automation from Nanjing University, where he served as President of the Students’ Union of School and Vice President of Microsoft Technology Club.